Book an appointment with us, or search the directory to find the right lawyer for you directly through the app. 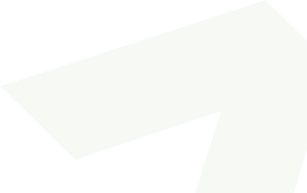 Our knowledge, experience, and expertise are now available on the go.

We are proud to announce the launch of My Tamimi App, a convenient new tool for anyone with an interest in the legal sector, from law students to General Counsel.

The largest law firm in the Middle East and North Africa region.

A complete spectrum of legal services across jurisdictions in the Middle East and North Africa.

Today's news and tomorrow's trends from around the region.

17 offices across the Middle East and North Africa.

Committed to keeping you in the know

The new Egyptian Labour Law Draft (the “Draft Law”) is set to be issued sometime this year (2022).

While the Draft Law embodies most provisions stipulated under the previous labour law number 12 of the year 2003 (the “Labour Law”), nevertheless, it was expected to introduce major adjustments to its predecessor and to have a beneficial impact on the employment culture of both parties - employers, and employees; but, unfortunately, most of these adjustments may, in all probability, have a negative impact instead.

The focus of this article is to analyze and zoom-in on some aspects and potential setbacks/hurdles/impediments, that the new revisions may create, and to especially clarify and shed light on the latter.

The following are examples that illustrate the above:

Currently, women employees are entitled to three months paid maternity leave. The Draft Law has included that those employees would be entitled to four months of paid maternity leave instead. On the surface, this seems like a better benefit for the employee. Women, mothers, receiving better, more considerate, rights and benefits in the workplace. Actually, not necessarily.

Four months is a 25% financial increase on the employer’s end and albeit the new provision’s objective is positive, the reality is that this change could very well have a detrimental impact on women’s workplace equality. The added financial burden might prompt employers to be more partial to hiring men, and more reluctant to hiring women, especially new mothers, who are usually younger women in the earlier phases of their career.

And so, by potentially jeopardizing women’s career advancement and placing them at a hiring disadvantage, this Draft Law could only serve to further tip the already unbalanced scales in favor of men versus women. The Draft Law also cancels out the provision in the Labour Law in which an employee woman is entitled to her paid maternity leave provided that she has spent 10 months in the service on an employer. Such may lead pregnant women to apply for jobs without declaring their pregnancy and obtaining the benefit of the paid maternity leave burdening companies even more.

Additionally, under the Draft Law, women employees are entitled to three paid maternity leaves during their service period instead of two. This is in direct conflict with the government’s campaign to reduce the country’s population growth rate. The additional paid leave will likely result in more births, which hinders the government's efforts to reduce them.

The government has been trying to reduce the population growth rate for years, and this Draft Law would make it difficult to achieve that goal.

It is also important to shed light on the provisions of the Labour Law regulating the termination process for economic reasons. Those provisions include the reasons, in which the termination may happen and that the request of the employer to terminate for those reasons would be subject to an approval from the competent committee. It was expected that the Draft Law identifies the criteria, which the competent committee sets to accept the employer’s request of termination for economic reasons.

The issue is that there is no clear guidance in the Labour Law and currently the Draft Law on what companies should do in the event of an economic crisis in terms of reduction in force. This creates a lot of uncertainty for employers, and could potentially lead to unfair dismissals of employees if not handled in a clear manner.

The importance of having concise laws in place that protect both the employer and the employee cannot be stressed enough. For instance, if a company is forced to keep a number of employees on, when they are no longer aligned with the company’s function and purpose, and/or if the company can no longer afford to pay their salaries, could eventually leave the company with no option but being forced to resort to liquidation. This often happens when companies are unable to prove that they have experienced economic hardship as again there is no set criteria to furnish the process. Of course, with enough companies suffering this fate, the negative impact on the overall economy could be extensive.

The Labour Law vaguely provides a provision where the employer is allowed to terminate the employee for poor performance. Due to such ambiguity, employers would terminate employees for under performing, in most cases the courts would view the termination as an unfair dismissal and subjects the employer to compensations. It was expected of the Draft Law to cover the dismissal of an employee due to poor work performance, its clear criteria and process. It does not provide neither clear nor concise parameters detailing what qualifies as “poor work performance”, or how it should be measured.

The issues that may arise as a consequence are first that businesses would be again forced to develop their own, potentially implicit, potentially unfair, standards for evaluating poor work performance. Secondly, there’s the inherent difficulty in proving that the employee is in fact incompetent and/or has failed to improve their performance after being given a reasonable amount of time to do so. This lack of clarity and predictability makes it difficult for companies to manage their workforce effectively, and can be particularly damaging since it also compels them to pay workers exorbitant settlement amounts to avoid the lengthy procedures of legal action.

Additionally, the meaning of the concept of poor work performance, is rendered as highly subjective, and its ramifications significantly vary from one situation to the other. This imprecision can be detrimental to businesses because, for example, it does not allow them to dismiss a worker they believe to be incompetent, and the problem is compounded by the fact that the consequences of poor work performance can be highly variable, ranging on the spectrum from lightly to highly damaging to the business, so that keeping on board enough incompetent employees can end up severely harming the business.

It is therefore essential that the Draft Law provides a more precise and clear definition of "poor work performance” and how to measure it, so that companies can better manage their workforce, and so employees can receive fair and just treatment. Failing to do so will sooner or later create difficulties for both parties.

One of the most notable changes in the Draft Law is that if a definite term contract is renewed for more than six years, it automatically becomes an indefinite contract with no fixed term.

This change constitutes a major disadvantage for businesses as it makes it difficult for them to terminate indefinite employment contracts. Companies may need to pay large severance or compensatory settlements in order for employees to exit the companies. If businesses are unable to terminate employment contracts as necessary, they will be compelled to retain undesirable employees and/or pay unwarranted compensation or hire those employees with outsourcing companies to avoid paying their increases or profit share which, ultimately, would, again, affect the economy negatively.

The above are all potential adverse consequences as direct foreign investment will most likely be affected if companies are unwilling to invest in Egypt due to the lack of clarity around important labour provisions and regulations i.e. employee dismissal procedures.

The government should focus on issuing Draft Laws to assist in promoting economic growth and attract foreign investment instead of creating more obstacles to hinder the business in Egypt.

The above are our recommendations on the new adjustments as they currently stand, but it’s important to keep in mind that the Draft Law is still a work in progress and that new amendments that are more in favor of both employers and employees can still be issued

For plans and pricing, please contact our sales team at sales@passle.net

Sorry, you don't have permission to repost or create posts.

Your repost is currently a draft. Review your repost and request approval.

Sorry - this is not an option. This post already exists in the Passle you have selected.

Try reposting to another Passle.